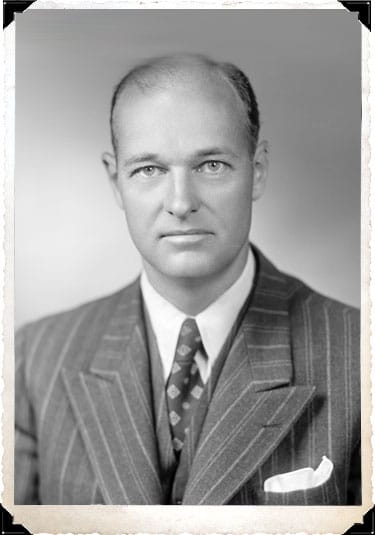 The bugging of foreign embassies and other official premises had of course been for many years, even back into the 1930s, a standard practice of the Soviet government, and not of that government alone. We had long since taught ourselves to assume that in Moscow most walls – at least in rooms that diplomats were apt to frequent – had ears. Still, we had supposed in earlier days that one did not want to make it easier for curious people than it needed to be made. Yet, this was precisely what, in the redecorating of the building, we now contrived to do.

In the first months after my arrival in Moscow, nothing untoward was noted. The ordinary standard devices for the detection of electronic eavesdropping revealed nothing at all. The air of innocence presented by the walls of the old building was so bland and bright as to suggest either that there had been a complete change of practice on the part of our Soviet hosts (of which in other respects there was decidedly no evidence) or that our methods of detection were out of date.

In recognition of this last possibility there arrived from Washington, just before my scheduled departure for London in September, two technicians detailed by our government to give Spaso House a more searching and technically competent going-over. After one or two days of fruitless effort, these gentlemen suggested to me that their efforts might be more successful if I would arrange, on a given evening to go through the motions of performing some sort of official work in the premises of the residence, instead of at the office. I saw no reason not to do this; and on the evening in question I summoned a secretary to the residence (it was the loyal and devoted Dorothy Hessman, who had already been with me in Washington and was destined to remain with me off and on, in government or outside of it, for more than a decade into the future) and proceeded to dictate to her, in the large upstairs living room-study, a body of prose which was intended to sound like a diplomatic dispatch in the making, and must indeed have sounded that way for all but a historically schooled ear, because it was drawn word for word from just such a dispatch sent from Moscow in earlier years and now included in one of the published volumes of American diplomatic correspondence.

This worked. And what followed was an eerie experience. The family, for some reason, was away that evening – my wife was, in any case. I have the impression that the great building was again substantially empty, except for the technicians, Miss Hessman, and myself. I droned on with the dictation, the technicians circulated around through other parts of the building.

Suddenly, one of them appeared in the doorway of the study and implored me, by signs and whispers, to “keep on, keep on.” He then disappeared again, but soon returned, accompanied by his colleague, and began to move about the room in which we were working. Centering his attention finally on a corner of the room where there was a radio set on a table, just below a round wooden Great Seal of the United States that hung on the wall, he removed the seal, took up a mason’s hammer, and began, to my bewilderment and consternation, to hack to pieces the brick wall where the seal had been. When this failed to satisfy him, he turned these destructive attentions on the seal itself.

I, continuing to mumble my dispatch, remained a fascinated but passive spectator of this extraordinary procedure. In a few moments, however, it was over. Quivering with excitement, the technician extracted from the shattered depths of the seal a small device, not much larger than a pencil, which, he assured me, housed both a receiving and a sending set, capable of being activated by some sort of electronic ray from outside the building. When not activated, it was almost impossible to detect. When activated, as it was on that evening, it picked up any sounds in the room and relayed them to an outside monitor, who presumably had his stance in one of the surrounding buildings.

It is difficult to make plausible the weirdness of the atmosphere in that room, while this strange scene was in progress. The air of Russia is psychically impregnated, anyway, as ours is not. As this particular moment, one was acutely conscious of the unseen presence in the room of a third person: our attentive monitor. It seemed that one could almost hear his breathing. All were aware that a strange and sinister drama was in progress.*

*This episode was not without its amusing side. Earlier in the summer, before the arrival of my family, when I was living in the building alone. I had wanted to keep up my Russian, and particularly my fluency of vocabulary and pronunciation. Since there were no Russians with whom I could talk, I hit on the idea of reading a certain amount of Russian aloud to myself each evening. For purposes of vocabulary I wanted particularly to read material which had relation to current international problems, so that I would be fully conversant with the manner in which events and institutions were referred to in current Russian usage. Looking around for material of this sort, my eye fell on the scripts of Voice of America broadcasts to Russia, which were sent to me regularly for my information. On several occasions, therefore, I took the foreign-political commentaries from these scripts, vigorous and eloquent polemics against Soviet policies, and read them aloud to myself precisely in that upstairs study where the listening device was placed. I have often wondered what was the effect on my unseen monitors, and on those who read their tapes, when they heard these perfectly phrased anti-Soviet diatribes issuing in purest Russian from what was unquestionably my mouth, in my own study, in the depths of the night. Who, I wonder, did they think was with me? Or did they conclude I was trying to make fun of them?

The device in question was of course packed off to Washington a day or so later. It left, if my memory is correct, on the same American Air Force plane that carried me out to Western Europe for the conference at London. It represented, for that day, a fantastically advanced bit of applied electronics. I have the impression that with its discovery the whole art of intergovernmental eavesdropping was raised to a new technological level.

The following morning the atmosphere of Spaso House was heavy with tension. I had thought it best to close and lock, temporarily, the room where the device had been found. The Soviet servants, their highly trained antennae positively humming with vibrations, sensed serious trouble, and cast terrified glances in the direction of the locked door, as they passed along the corridor, as though they suspected the place to contain a murdered corpse. The faces of the guards at the gate were frozen into a new grimness. So dense was the atmosphere of anger and hostility that one could have cut it with a knife.

Had I been right, I wondered, to lend my person to this deception? Was it proper for an ambassador to involve himself in this sort of comedy? Or would I have been remiss, in the eyes of my own government, if I had refused to do so?

I am not sure, even today, of the answers to these questions. The political sky, in any case, as I left Russia for the conference in London, was dark and menacing.

Please help document this historic bug in greater detail. If you have any knowledge, personal recollections, photographs, or know the current whereabouts of the original Great Seal or its bug, contact me.