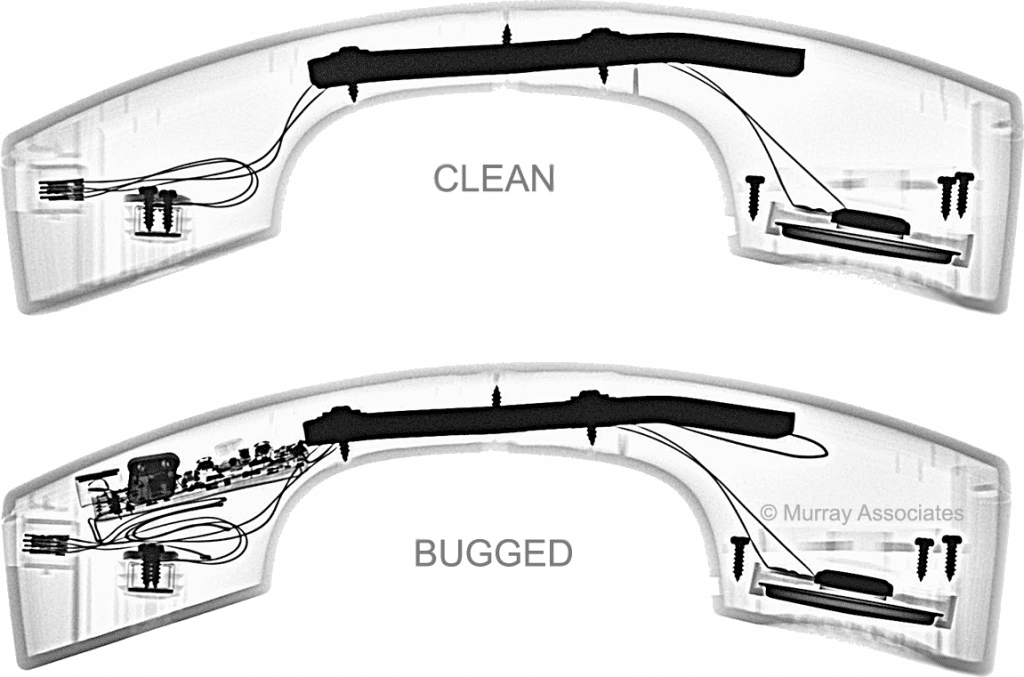 What is TSCM X-Ray analysis?

TSCM X-ray analysis is a “deep cleaning” inspection technique. It offers the most assurance room objects are not bugged.

We don’t recommend this depth of inspection for everyone. Primary TSCM inspection techniques are excellent for most situations. But, when the stakes are high enough—and the opposition is sophisticated enough—a Murray Associates TSCM X-ray deep clean is a logical option.

There are also times when a TSCM X-ray deep clean is just smart due diligence.

When should a TSCM deep clean be conducted? 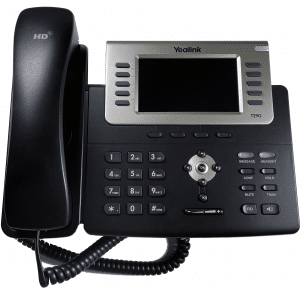 How often should a TSCM deep clean be conducted?

Tip: Professionals will plant multiple devices, with one being easy to find.
Their strategy… to thwart further searching by inexperienced TSCM technicians.

The classic example of a lack of due diligence is the KGB bugging of American typewriters during the Cold War.

“The Cold War spy drama that played out between the U.S. and the Soviet Union was the source of much ingenious spy technology. One of the most ingenious devices fielded by both sides was a typewriter designed to spy on the user, quietly transmitting its keystrokes to KGB listeners. The technology was an early form of keylogging but done entirely through hardware—not PC software.” 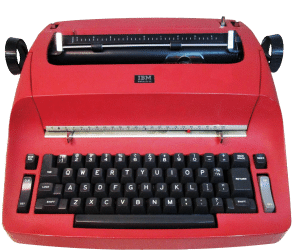 A total of 16 bugged typewriters were used at the U.S. Moscow embassy for over eight years before discovery. Had a TSCM X-ray inspection been conducted before the typewriters were installed, no secrets would have been lost.

Keep this in mind when planning your new phone system, or bringing in new keyboards and mice. This is the ideal time to sneak a bug in. Think of this as the modern day Trojan Horse.

We can economically inspect all your new arrivals at one time—at your location, or ours—before installation. Then, discretely security seal your items, at no extra charge.

Click here to learn about our TSCM X-ray services.

Have a Question About TSCM X-ray Technology?

If you have any questions about the TSCM technology used by Murray Associates, simply fill out the form below, or call us from a safe area and phone.

If you think you are under active electronic surveillance, or believe you have discovered a bug or covert video camera, go to our Emergency TSCM page. The procedural checklist there will tell you exactly what you need to do next.